My Given Name created a special personalised book for the boy monk Nongkorn.
We sent it 6,000 miles to his home at the temple of Wat Pa Maneekan.

.
Heading north west from Bangkok along the Chao Phraya River you reach the province of Nonthaburi. Here, in a small sub district called Bang Kruai, you will find the temple of Wat Pa Maneekan. A beautiful temple, like so many others in Thailand, but not so extraordinary. That is, until recent times, with the growing popularity of one small boy. His name is Nongkorn, and he has captured the hearts of millions around the world.

Images of the young two year old monk on social media began to attract a growing number of fans. He was often shown yawning and nodding off to sleep during lectures. Video clips were posted showing him being playful and fidgeting on the temple floor with a cheeky smile, whilst the other monks sat in solemn silence during meditation and study. His smile, and his exuberant innocence, simply captured people’s hearts across Asia. Nongkorn now has his own fan pages with nearly a million followers on Facebook alone.

Five thousand miles away in Birmingham UK, around the same time that Nongkorn began to capture the attention of the world in 2015, a new book was being created about a little painted stork called Bindee who was born on the plains of Thailand.

The Little Stork, who is the central character in the book The Little Stork & My Given Name, had been bullied by the other storks around Given Lake where he lived. They told him he could not fly. He chose to believe the stories they told him and so he hopped and skipped along the ground, watching all the other young storks swoop and dance in the sky above. One day the pelican postman arrived at the lake to deliver a birth certificate to Bindee and to tell him he must fly to Given Mountain to collect a newborn child. The Pelican tells the stork that he is growing up now and he must perform his duty to deliver a baby safely to its new home. But how can he do it? – he cannot fly! Bindee decides that he must walk to the very top of Given Mountain to collect his newborn. And so begins his great adventure.

The Little Stork Bindee who thinks he cannot fly!

This adventure has now been brought to life for the little boy monk Nongkorn. The newborn that Bindee is going to collect is the boy monk himself! That is how the The Little Stork & My Given Name has been created; to make a personalised story for each child. It uses the letters of their given name to make a story just for them. Bindee will meet many creatures on his journey, and they will all have a special message for the young stork. These positive messages will help him to discover the name “Nongkorn” and will also help him to realise that he can indeed fly. That he is actually a master of flying! Why even the name Bindee means ‘fly well’ in the language of his home – Thailand. So he will name the newborn boy Nongkorn and pick up the little boy monk on his back and leap from the very top of given mountain to deliver Nongkorn to Wat Pa Maneekan.

The wizard asks Bindee to name the boy before he leaves

You can create your very own story using your own child’s name and see how Bindee the stork helps to create the letters that form their name. The book The Little Stork & My Given Name was created and written by Kevin Tyler and you can create your own book on our home page CLICK HERE

A few spreads from the new Mummy book...choose fro

The much loved Daddy book making thousands of Dadd

The personalised newborn book with 100% positve re

Perfect for Valentines based on the poem Love by R

My beautiful new daughter Kiki Karntira with her o

And so the adventure begins...our personalised new

Personalised birth weight in the new book out soon

Our new character chosen for our brand new persona

Working at home in Hua Hin during lockdown May 202

Quiet day out from work

Great for Fathers Day for Grandad too! 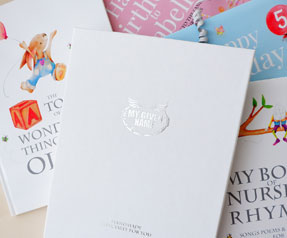 The messages contained within our personalised books are designed to help introduce positive thought patterns to children. Positive thoughts generate positive feelings and therefore attract positive life experiences. In life we will often find what we believe to be true. Positive thinking means we believe and expect the best in life.

This is what I hope you will find.